A Passion for Mathematics by Pickover

A Passion for Mathematics Contents

Introduction to A Passion for Mathematics PDF

Readers of my popular mathematics books already know how I feel about numbers. Numbers are portals to other universes.

Numbers help us glimpse a greater universe that’s normally shielded from our small brains, which have not evolved enough to fully comprehend the mathematical fabric of the universe. Higher mathematical discussions are a little like poetry.

The Danish physicist Niels Bohr felt similarly about physics when he said, “We must be clear that, when it comes to atoms, language can be used only as in poetry.”

When I think about the vast ocean of numbers that humans have scooped from the shoreless sea of reality, I get a little shiver.

Of course, we have a hard time thinking of such queer entities, but from time to time, God places in our midst visionaries who function like the biblical prophets, those individuals who touched a universe inches away from that most of us can barely perceive.

These came in a flash. He could read the codes in the mathematical matrix in the same way that Neo, the lead character in the movie The Matrix, could access mathematical symbols that formed the infrastructure of reality as they cascaded about him.

I don’t know if God is a cryptographer, but codes are all around us waiting to be deciphered. Some may take a thousand years for us to understand. Some may always be shrouded in mystery.

In The Matrix Reloaded, the wise Architect tells Neo that his life is “the sum of a remainder of an unbalanced equation inherent in the programming of the matrix.”

Similarly, the great Swiss architect Le Corbusier (1887–1965) thought that gods played with numbers in a matrix beyond our ordinary reality:

The chamois making a gigantic leap from rock to rock and alighting, with its full weight, on hooves supported by an ankle two centimeters in diameter: that is the challenge and that is mathematics.

The mathematical phenomenon always develops out of simple arithmetic, so useful in everyday life, out of numbers, those weapons of the gods:

the gods are there, behind the wall, at play with numbers. (Le Corbusier, The Modulor, 1968) A century ago, Ramanujan was The Matrix’s Neo in our own reality.

As a boy, Ramanujan was slow to learn to speak. He seemed to spend all of his time scribbling strange symbols on his slate board or writing equations in his personal notebooks.

Later in life, while working in the Accounts Department of the Port Trust Office at Madras, he mailed some of his equations to the renowned British mathematician G. H. Hardy.

Hardy immediately tossed these equations into the garbage—but later retrieved them for a second look. Of the formulas, Hardy said that he had “never seen anything in the least like them before,” and that some had completely “defeated” him.

He quickly realized that the equations “could only be written down by a mathematician of the highest class.” Hardy wrote in Ramanujan:

Twelve Lectures that the formulas “must be true because, if they were not true, no one would have had the imagination to invent them.” Indeed, Ramanujan often stated a result that had come from some sense of intuition out of the unconscious realm.

He said that an Indian goddess inspired him in his dreams. Not all of his formulas were perfect, but the avalanche of actual gems that he plucked from the mine of reality continues to boggle our modern minds. Ramanujan said that only in mathematics could one have a concrete realization of God.

According to Ramanujan, the gods left drops of vivid blood in his dreams. After he saw the blood, scrolls containing complicated mathematics unfolded before him. When Ramanujan awakened in the morning, he scribbled only a fraction of what the gods had revealed to him.

In The Man Who Knew Infinity, Robert Kanigel suggests that the ease with which Ramanujan’s spirituality and mathematics intertwined signified “peculiar flexibility of mind, a special receptivity to lose conceptual linkages and tenuous associations. . . . ”

Indeed, Ramanujan’s openness to mystical visions suggested “a mind endowed with slippery, flexible, and elastic notions of cause and effect that left him receptive to what those equipped with purely logical gifts could not see.”

Before we leave Ramanujan, I should point out that many other mathematicians, such as Carl Friedrich Gauss, James Hopwood Jeans, Georg Cantor, Blaise Pascal, and John Littlewood, believed that inspiration had a divine aspect.

Gauss said that he once proved a theorem “not by dint of painful effort but so to speak by the grace of God.” For these reasons, I have included a number of brief pointers to religious mathematicians in chapter 1.

I hope these examples dispel the notion that mathematics and religion are totally separate realms of human endeavor. Our mathematical description of the universe forever grows, but our brains and language skills remain entrenched.

New kinds of mathematics are being discovered or created all the time, but we need fresh ways to think and to understand.

For example, in the last few years, mathematical proofs have been offered for famous problems in the history of mathematics, but the arguments have been far too long and complicated for experts to be certain they are correct.

The mathematician Thomas Hales had to wait five years before expert reviewers of his geometry paper submitted to the journal Annals of Mathematics finally decided that they could find no errors and that the journal should publish Hale’s proof, but only with a disclaimer saying they were not certain it was right! Moreover

Mathematicians such as Keith Devlin have admitted (in the May 25, 2004, New York Times) that “the story of mathematics has reached a stage of such abstraction that many of its frontier problems cannot even be understood by the experts.”

There is absolutely no hope of explaining these concepts to a popular audience. We can construct theories and do computations, but we may not be sufficiently smart to comprehend, explain, or communicate these ideas. A physics analogy is relevant here.

When Werner Heisenberg worried that human beings might never truly understand atoms, Bohr was a bit more optimistic. He replied, “I think we may yet be able to do so, but in the process, we may have to learn what the word understanding really means.”

Today, we use computers to help us reason beyond the limitations of our own intuition. In fact, experiments with computers are leading mathematicians to discoveries and insights never dreamed of before the ubiquity of these devices.

Computers and computer graphics allow mathematicians to discover results long before they can prove them formally, thus opening entirely new fields of mathematics.

Even simple computer tools, such as spreadsheets, give modern mathematicians power that Heisenberg, Einstein, and Newton would have lusted after. As just one example, in the late 1990s, computer programs designed by David Bailey and Helaman Ferguson helped to produce new formulas that related pi to log 5 and two other constants.

As Erica Klarreich reports on April 24, 2004, edition of Science News, once the computer had produced the formula, proving that it was correct was extremely easy. Often, simply knowing the answer is the largest hurdle to overcome when formulating a proof.

Download A Passion for Mathematics by Pickover in PDF Format For Free. 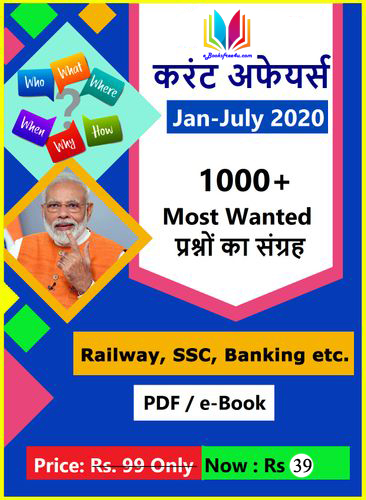